The Philosophies of Men 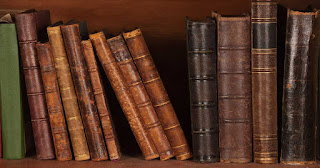 Elder Cook said in his General Conference talk, Valiant in the Testimony of Jesus:


We are committed to knowledge of every kind and believe “the glory of God is intelligence.” But we also know that the preferred strategy of the adversary is to lead people away from God and cause them to stumble by emphasizing the philosophies of men over the Savior and His teachings...

We know the Apostasy occurred in part because the philosophies of men were elevated over Christ’s basic, essential doctrine. Instead of the simplicity of the Savior’s message being taught, many plain and precious truths were changed or lost. In fact, Christianity adopted some Greek philosophical traditions to reconcile people’s beliefs with their existing culture. The historian Will Durant wrote: “Christianity did not destroy paganism; it adopted it. The Greek mind, dying, came to a transmigrated life.” Historically, and in our own day, some people reject the gospel of Jesus Christ because, in their view, it doesn’t have adequate intellectual sophistication.

I admit I'm not crazy about this kind of talk but I want to do right by what he's saying here. And I want to think critically about the concept of the "philosophies of men" and its utility, because I think it is useful. First I'll distinguish between the known gospel and the true gospel. This is just to say that our understanding of the gospel (the known gospel) is imperfect. To get at a useful definition of the philosophies of men I'll adopt the premise that the true gospel is rational. That's already a problematic premise and not everyone accepts it. There's a lot more to be said about that but I'll leave it at that for now. In light of that I'll define the philosophies of men as ideas that are dominant in a culture and are accepted uncritically. I'd say that makes them rather unphilosophical but no matter.

I'm adopting this definition rather than a more obvious, and in a way correct, definition: that the philosophies of men are any ideas that are dominant in a culture and contradict the gospel. To the extent that we're referring to the true gospel here I think that definition works. But there's a problem. If our understanding of the gospel is imperfect we have no way of knowing if these ideas are in conflict with the true gospel or just the known gospel other than reason and revelation. I think reason and revelation are often the same thing. But to the extent that they are different I don't discount the importance of revelation. But as my experience with revelation (outside of reason) is quite non-propositional I'll focus on the importance of reasoning.

I think it's more helpful to think of the philosophies of men as the uncritical acceptance of ideas because the way to confront them is not avoidance but critical engagement. It's the strategy outlined by Hugh B. Brown:


One of the most important things in the world is freedom of the mind; from this all other freedoms spring. Such freedom is necessarily dangerous, for one cannot think right without running the risk of thinking wrong, but generally more thinking is the antidote for the evils that spring from wrong thinking. More thinking is required.

I'm very concerned about the cultural attitude that intelligence and rationality are dangerous to religion. And I worry that talk of the philosophies of men often plays into that. It gives the natural impression that religion is unintelligent and irrational. I often hear people say of someone who has left religious activity that they were "too smart". My first reaction to that is to feel insulted; am I not smart enough to leave then? I think that it's that kind of attitude that is more repelling than anything. It's a recipe for brain drain.

My Institute teacher, Jay Richardson, wrote his doctoral thesis on the place of reason in Mormonism. It's a fascinating piece and it was reading that paper that gave me the confidence to just be who I am without fear or apology. Richardson refers to Mark A. Noll's book The Scandal of the Evangelical Mind in which Noll analyzes a strain of anti-intellectualism in Evangelical Christianity. Richardson asks whether or not there is similarly a scandal of the Mormon mind.

Threats of a scandal of the Mormon mind include what Richardson, quoting Armand Mauss, calls "folk fundamentalism":


Mormon folk fundamentalists have a tendency to read the scriptures literally, to emphasize the gap between God and humanity, to emphasize obedience at the expense of autonomy, and to have a general distrust of reason especially compared to revelation.

Richardson concludes that there is not yet a full blown scandal of the Mormon mind but it is a real risk.

Getting back to Cook's talk, I think there is utility in the concept of the philosophies of men but it's treacherous. I don't like the approach of: "this contradicts what I believe, therefore it's just so much clever sophistry." More thinking is required. A fruitful analysis of the philosophies of men, the uncritical acceptance of dominant ideas, is of the form: "this is problematic and here's why." It's Brown's principle. Otherwise we sell ourselves short.
Posted by Todd at 9:04 PM