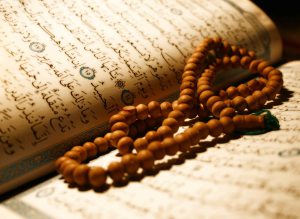 The Station of Repentance (Tawba)

However, the response of Junayd (God grant him compassion)—that repentance is forgetting your fault—concerns the repentance of those who have achieved realization. They do not remember their faults; their hearts are overwhelmed with God’s majesty and with his continual remembrance.

As for the pronouncement of the people of knowing, the wajidin, and the select of the select, concerning the meaning of repentance—Abu l-Hasan an-Nuri (God grant him compassion) said when asked about repentance: “It is turning away from everything except God Most High.”

Someone else alluded to that when he said: “The faults of those near to God are the virtues of the pious”—that was Dhu n-Nun. He also said:

“What is sincerity for the seeker or novice is self-display for the knowers (‘arifin). When the knower has become firm and self-realized in that through which he draws near to God Most High and Transcendent—in the moment of his quest, in his beginning stage, upon his undertaking of offerings and pious deeds—when he has been encompassed by the lights of guidance, when providence has touched him, when he has been encircled by divine care, when his heart is witness to the majesty of his master, when he contemplates what God has fashioned and the eternity of his goodness, then he turns away from noticing, relying upon, and attending to his pious deeds and acts and offerings, as he did as a seeker and a beginner.”

How great are the differences among the repentant! One turns away from faults and bad acts; a second turns away from slips and oversights; a third turns his attention away from his good and pious deeds.