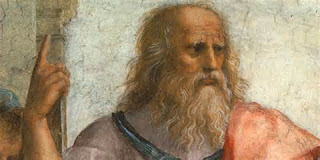 Why do you believe what you?

Adapting an idea from Dallin H. Oaks I am resistant to making final judgments. Part of that is I think it’s just more interesting to take different ideas and try them on for size. But I make lots of intermediate judgments, seeing what the logical and existential implications of ideas are and how they fit or don’t fit together.

Going back to differences between Christian classical theism and Mormon theism there are strengths in each. I’ll talk about Christian classical theism. I think it is interesting that Christian theology/philosophy moved in the direction of Neoplatonism and I think there are certain strengths in that position. There is something remarkable about the order of the universe. Here’s a line from Carl Sagan’s The Varieties of Scientific Experience: A Personal View of the Search for God:


A naïve Western view of God is an outsize, light-skinned male with a long white beard, who sits on a very large throne in the sky and tallies the fall of every sparrow.

Contrast this with a quite different vision of God, one proposed by Baruch Spinoza and by Albert Einstein. And this second kind of god they called God in a very straightforward way. Einstein was constantly interpreting the world in terms of what God would or wouldn’t do. But by God they meant something not very different from the sum total of the physical laws of the universe; that is, gravitation plus quantum mechanics plus grand unified field theories plus a few other things equaled God. And by that all they meant was that here were a set of exquisitely powerful physical principles that seemed to explain a great deal that was otherwise inexplicable about the universe. Laws of nature, as I have said earlier, that apply not just locally, not just in Glasgow, but far beyond: Edinburgh, Moscow, Peking, Mars, Alpha Centauri, the center of the Milky Way, and out by the most distant quasars known. That the same laws of physics apply everywhere is quite remarkable. Certainly that represents a power greater than any of us. It represents an unexpected regularity to the universe. It need not have been. It could have been that every province of the cosmos had its own laws of nature. It’s not apparent from the start that the same laws have to apply everywhere.

Now, it would be wholly foolish to deny the existence of laws of nature. And if that is what we are talking about when we say God, then no one can possibly be an atheist, or at least anyone who would profess atheism would have to give a coherent argument about why the laws of nature are inapplicable.

Forgiving Sagan’s uncharitable caricature at the beginning of that quote I think the God of Spinoza and Einstein is actually not that metaphysically different from the God of Augustine or Aquinas, to the complaint of many other Christians. Hence Blaise Pascal’s line: “God of Abraham, God of Isaac, God of Jacob, not of philosophers and scholars.” In Confessions it was the immateriality of platonic, abstract objects that allowed Augustine to accept, intellectually, the concept of an immaterial God.

Mathematical Platonism is one of those ideas that I have tried to shake off but have found quite difficult. And if it’s true it stands there like a governing principle for all that is or ever could be. Even reading Daniel Dennett’s Darwin’s Dangerous Idea it kept popping up. Dennett touts the notion of the algorithm as a means of removing design and intention from various processes, like evolution by natural selection. But an algorithm is itself an abstract vehicle that exerts a lot of causal power in the physical world. That’s not trivial. Evolution by natural selection after all is not random. Randomness is a creationist’s caricature. It’s a highly ordered process superimposed on random processes. (It was Richard Dawkins who first drew my attention to that point).

Even rejecting Platonism the order of the universe, as noted by Sagan, does allow for a certain kind of theism. Carrying that forward to a personal deity is a huge leap. Mormonism seems to have space for an impersonal, transcendent order under which God and mortals subsist. Some Mormon philosophers like Adam Miller try to carry immanence further and collapse the whole notion of transcendence and Platonism. That’s an interesting idea but in my own mind presently the platonic Hydra repeatedly rears its head.
Posted by Todd at 9:12 PM