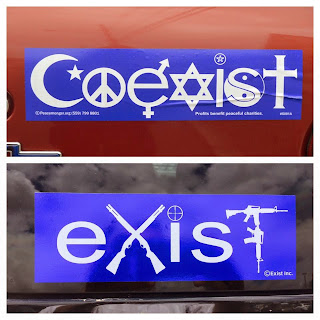 In an earlier post I brought up an idea, inspired by Second Hand Lions, that “the things that may or may not be true are the things a man needs to believe in the most.” I want to use this idea to look at the Christian teaching of peace. Consider the these teachings of Jesus regarding violence and conflict:

“You have heard that it was said, ‘An eye for an eye and a tooth for a tooth.’ But I say to you, Do not resist an evildoer. But if anyone strikes you on the right cheek, turn the other also.” (Matthew 5:38-39)

“You have heard that it was said, ‘You shall love your neighbor and hate your enemy.’ But I say to you, Love your enemies and pray for those who persecute you, so that you may be children of your Father in heaven; for he makes his sun rise on the evil and on the good, and sends rain on the righteous and on the unrighteous.” (Matthew 5:43-46)

“But I say to you that listen, Love your enemies, do good to those who hate you, bless those who curse you, pray for those who abuse you. If anyone strikes you on the cheek, offer the other also; and from anyone who takes away your coat do not withhold even your shirt.” (Luke 6:27-29)

Jesus’ teachings about peace are so familiar that we may not appreciate how remarkable they are. If you’re being physically assaulted you should make yourself more vulnerable. If your property is being forcibly taken away you should make it more accessible. Can a person really put these teachings into practice? What about a nation?

For a government a more realistic dictum might be, “peace through strength”. One way of understanding government is as an entity with a monopoly on the use of force. This is a classic Hobbesian view and is also, perhaps not incidentally, a materialistic, deterministic, and rather cynical understanding of the world. “But what is government itself,” wrote James Madison, “but the greatest of all reflections on human nature? If men were angels, no government would be necessary.” This fundamental connection between the government and the use of force was quite evident to Christian anarchists like Leo Tolstoy, who resisted both government and violence out of Christian convictions.

In spite of the arguments for political realism by shrewd thinkers in the tradition of Thomas Hobbes and Niccolò Machiavelli, many religious thinkers persist in taking Jesus’ teachings quite seriously. For example, Spencer W. Kimball, leader of The Church of Jesus Christ of Latter-day Saints, said this:

“We are a warlike people, easily distracted from our assignment of preparing for the coming of the Lord. When enemies rise up, we commit vast resources to the fabrication of gods of stone and steel—ships, planes, missiles, fortifications—and depend on them for protection and deliverance. When threatened, we become antienemy instead of pro-kingdom of God; we train a man in the art of war and call him a patriot, thus, in the manner of Satan’s counterfeit of true patriotism, perverting the Savior’s teaching: ‘Love your enemies, bless them that curse you, do good to them that hate you, and pray for them which despitefully use you, and persecute you; That ye may be the children of your Father which is in heaven.’”

As a Christian I think I should trust in Jesus’ teachings about peace but I find that I’m not (yet) able to go the whole way. To appropriate a line from Irving Kristol, I feel like I have been “mugged by reality”. The spirit is willing but the mind is weak. But I still think that love of enemies, turning the other cheek, is one of those ideas that a man should believe because it’s something worth believing in.
Posted by Todd at 9:36 AM No comments:

Credo quia absurdum: Things that may or may not be true 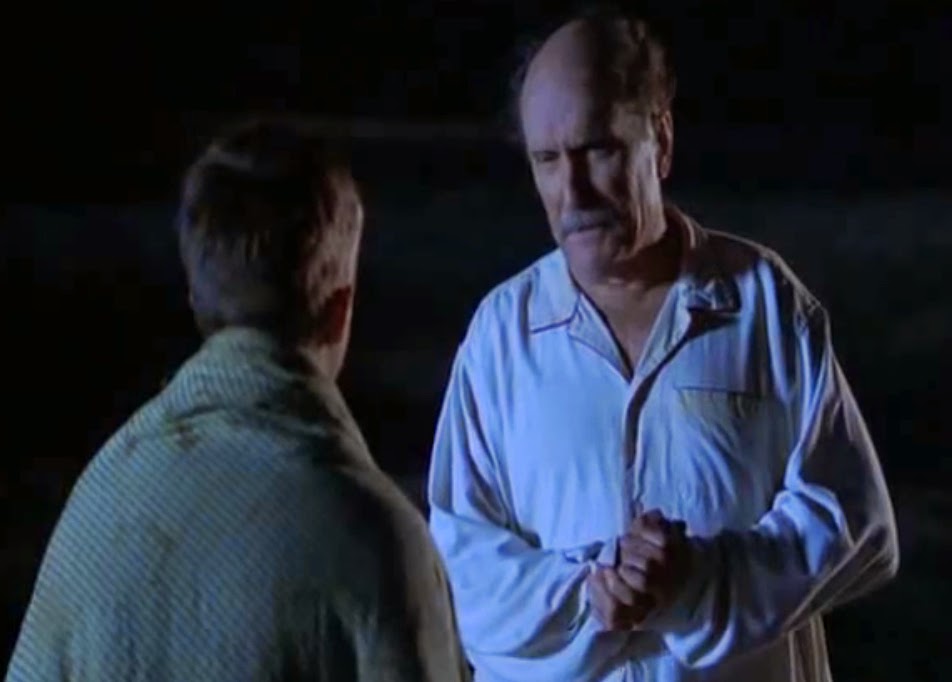 In Second Hand Lions Uncle Hubs gives his nephew, Walter, a sample of his “What every boy needs to know about being a man” speech:

“Sometimes the things that may or may not be true are the things a man needs to believe in the most. That people are basically good; that honor, courage, and virtue mean everything; that power and money, money and power mean nothing; that good always triumphs over evil; and I want you to remember this, that love... true love never dies. You remember that, boy. You remember that. Doesn't matter if it's true or not. You see, a man should believe in those things, because those are the things worth believing in.”

I think Uncle Hub got it right on what things may or may not be true. When it comes to believing I don’t have a hard time with the supernatural stuff like angels and miracles. I’ve never seen an angel but nothing in my experience contradicts angels either. But the things worth believing in—they do contradict my experience. Money and power mean nothing? Really? Good always triumphs over evil? Not sure about that one.

Christianity teaches these sorts of dubious truths. Jesus taught all sorts of things we might cynically dismiss, about loving your enemies, not caring about material needs, not judging others. Stuff like that I have to stop and ask myself if I really believe in practice and not just in profession.

Believing dubious things for the sake of their unbelievability has a history in Christianity. Tertullian taught, “And the Son of God died: it is by all means to be believed, because it is absurd.” This is often paraphrased in the pithy line—Credo quia absurdum. The radical Christian existentialist, Søren Kierkegaard, said, "An objective uncertainty held fast in an appropriation-process of the most passionate inwardness is the truth, the highest truth attainable for the individual."

I think of Uncle Hub’s speech when I read the words of Jesus. The Kingdom of God he preached seems so dissimilar from the world I see in reality. But the vision is compelling. I want to look at some of Jesus’ teachings through this lens in future posts.
Posted by Todd at 9:33 PM No comments: