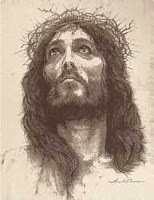 In 1643 the English Parliament summoned the "learned, godly and judicious Divines", to meet in Westminster Abbey to produce a statement of faith, a creed for the Church of England. The English clerics produced several declarations over a period of five years, defining and refining the doctrines and beliefs of their church. The most influential of these declarations was arguably the Westminster Confession of Faith. Of note is the passage in Chapter II, titled “Of God, and of the Holy Trinity”. It reads:

“There is but one only living and true God, who is infinite in being and perfection, a most pure spirit, invisible, without body, parts, or passions, immutable, immense, eternal, incomprehensible, almighty, most wise, most holy, most free, most absolute, working all things according to the counsel of his own immutable and most righteous will, for his won glory, most loving, gracious, merciful, long-suffering, abundant in goodness and truth, forgiving iniquity, transgression, and sin; the rewarder of them that diligently seek him; and withal most just and terrible in his judgments; hating all sin; and who will by no means clear the guilty.” [1]

This passage is cited frequently in Mormon literature to contrast its declarations with the doctrine of the Restored Gospel. Perhaps we have been a bit too hard on the English clergyman who drafted the Confession of Faith. They were very knowledgeable in theology and the history of Christian thought. Indeed, their statements above were consistent with doctrines of deity accepted in the Western Church since the days of Augustine. But I should note some contradictions in the above passage. The Confession states that God is without “passions” yet also states that he is “most loving, gracious, merciful, long-suffering...” To me, these seem like token “passions”. The word “passion” comes from the Latin word “patior” which means “to suffer or endure”. It is in this sense that Christ’s suffering is sometimes called “The Passion”. Passion can also be understood more generally to mean emotions such as love, grace, mercy, long-suffering, etc. I don’t think the contradiction in the Westminster Confession was something that the clerics simply overlooked—I suspect they were well aware of it—rather it was a simple example of an age-old case of Christian indecisiveness.

The indecisiveness within Christendom is the desire to have two, seemingly contradictory things in one God. We want God to be strong, stronger than we are. We are limited by our emotions: fear, anxiety, sadness, even love. Fear keeps us from doing things that may be necessary but frightening. Even love can stand in the way of duty, keeping us from doing what is “right” because it may cause pain to a loved one. We don’t want God to be so encumbered by emotions like us. Yet we still want a personal God, we want him to comfort us and love us. We want him to listen to our prayers and have mercy on us. So we have a God without passions who is also most loving, gracious, merciful, and long-suffering. Sterling McMurrin explained the two sides of our conception of God saying: “The God of the theologians has no passions. But the God of religion is compassionate.” [2]

The appropriate theological term here is “impassibility”. Impassibility is the doctrine that God does not experience pain or pleasure from the actions of another being. The doctrine of Impassibility does not necessarily entail that God be without passions—it simply means that his emotions cannot be altered by the actions of humanity. For example, God may have infinite joy and not even the immense suffering and sin of all mankind can in the least part diminish that joy. God is the ultimate constant—the same yesterday, today, and forever. However, this doctrine runs into a problem in the person of Jesus. I find this happens in the case of most doctrines pertaining to the character of God in Christian orthodoxy. The theological constructs work great, they are aesthetic and logical, but then we have to explain Jesus. If Jesus is one with God the Father and as such, divine, how do we deal with the fact that Jesus was a person, a man, experienced pain and felt sorrow over the sins of his people?

In early Christianity, there were several sects that approached this problem in unique ways. The Gnostics accepted a doctrine called Docetism. Docetism is derived from the Greek word “dokeo” meaning “to seem”. They believed that Jesus made himself to seem as though he were mortal, to seem as though he had a body, and to seem as though he suffered when in fact this was all an illusion. To the credit of the Gnostics, this doctrine could be consistent with Impassibility and scripture (interpreted very liberally) and thus seemingly solves the problem. But the Gnostics had tough luck and the doctrine of Docetism was deemed heretical by the majority of Christianity. (Interesting note though, the Qur’an suggests a form of Docetism when speaking of Jesus’ crucifixion in Sura 4:157).

One of the major problems with the God of the theologians is that he is not always the God of the scriptures. The God of the scriptures is not impassible. Yahweh is very emotional and not afraid to show it. Even more passionate is Jesus himself. Jesus is often moved with compassion, forgiving sinners, healing the sick, teaching his disciples to love one another. The scriptures indeed portray God as powerful and strong but he is not unmoved by the pains of his people. Indeed in the Book of Mormon, the suffering of Christ is shown to be a source of his redemptive power.

The Atonement of Christ is the formation of a relationship, a relationship with a personal being, Jesus Christ. His power to redeem comes from his compassion, his empathy, as he has felt what we fill and suffered what we suffer. His passion, or suffering, is “compassion” which is derived from Latin, meaning “to suffer together with”. It is important to remember that the relationship is indeed a relationship and not simply a one-man show. It takes two people to form a relationship and requires our involvement. Even in the LDS church there is a tendency to say things like “God doesn’t really need us” and “He could get along just fine without us”. But these kinds of ideas seem to me very callous and misdirected. I believe he does need us.

One of the twentieth century’s foremost philosophers, Martin Buber, spoke quite poignantly about our relationship with God: “You know always in your heart that you need God more than everything; but do you not know that God needs you—in the fullness of His eternity needs you? How would man be, how would you be, if God did not need him, did not need you? You need God, in order to be—and God needs you, for the very meaning of your life.” [3] God does really need us and would be very affected without us. His work and glory is to bring about our immortality and eternal life (Moses 1:39). Above all things he wants to enter into a relationship with us and needs us to accept the invitation that he constantly offers. “For God so loved the world, that he gave his only begotten Son, that whosoever believeth in him should not perish, but have everlasting life.” (John 3:16) This is a God who knows us and loves us and a relationship with him can be the fullest and most complete relationship possible.