There Is Grandeur in These Views of Life 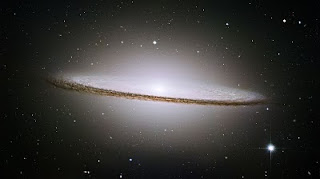 In 1859 in London, John Murray published a book that has become one of the most important works in the history of science to this day. The book was On the Origin of Species by author Charles Darwin. As denoted by the title, Darwin sought in this book to propose a theory that would explain how species originate and what conditions lead to speciation. His theory is known as the theory of evolution by natural selection. It was not the only theory of evolution proposed at the time and was not the only method Darwin proposed to bring about the origin of species. But current understanding of biology recognizes natural selection to be the most significant form of evolution.

Move forward to 1931, a Catholic Priest named Georges Lemaitre, who was also a physicist and astronomer, was researching Albert Einstein’s equations of General Relativity. He independently derived what are now known as the Friedman Equations. He had predicted in 1927 that the recession of a nebula was actually due to the expansion of space itself. Noting the expansion of space in forward time, he suggested that space should contract looking backward in time. Of course, eventually this contraction would reach a single point from which the entire universe would have expanded. In other words, all the matter and energy of the universe was originally contained in a single point of immense density and heat. Fred Hoyle, another scientist, was opposed to Lemaitre’s theories and derisively referred to them as “this big bang idea”. This name was eventually adopted as the accepted name for the Big Bang theory.

Both Darwin’s theory of evolution by natural selection and the Big Bang theory seem to cause people of faith some discomfort. If God is not mentioned in either of these theories then where does that leave him? I can understand this discomfort but I don’t share it myself. I get a little worried that science and faith are so often placed at odds against each other. The reason this worries me is because both science and faith are important parts of my life. We lose something if we discount the benefits of either.

Orson Pratt, a member of the Quorum of the Twelve Apostles, said in 1860, “The study of science is the study of something eternal. If we study astronomy, we study the works of God. If we study chemistry, geology, optics, or any other branch of science, every new truth we come to the understanding of is eternal; it is a part of the great system of universal truth. It is truth that exists throughout universal nature; and God is the dispenser of all truth—scientific, religious, and political. Therefore let all classes of citizens and people endeavour to improve their time more than heretofore—to train their minds to that which is best calculated for their good and the good of the society which surrounds them.” As God is the dispenser of all truth it is wise to seek truth in all disciplines.

But to a certain extent scientists have to share some of the blame for the conflict between science and religion. There is a trend of anti-religion sentiment lately among some scientists that ignores the power of faith and its redemptive power. As much as I like the science books of Richard Dawkins, his attacks on religion are unfair. When people hear scientists and professors attack religion in this way it gives the impression that science is something dangerous and a tool of Satan to attack our faith in God. But this is not the purpose of science. The purpose of science is to understand the nature of the physical universe. Attacking faith and our relationship with God does nothing to forward the cause of science.

But on the other end is a more important question for people of faith. Are there theories of science that contradict faith and religion? From what I know of Charles Darwin, he had no intention of attacking religion. He was considering a profession in the Anglican Church before embarking on his voyage on the Beagle. He did say, when asked, that he would be best described as agnostic, but he did not publicize this nor attack religion. George Lemaitre was a Catholic priest and understood the Big Bang theory as a confirmation of the creation account in Genesis, i.e. “let there be light”. So I don’t think that the originators of these theories had any anti-religious intent, but what about the theories themselves?

I don’t think that the Big Bang theory or the theory of natural selection have any detrimental implications for religion. True, the creation account of Genesis does not mention natural selection or the expansion of space. But I wouldn’t expect to find these in the Bible. The Bible does not mention anything about the structure of the atom, germ theory, Galilean physics, or Newtonian physics either. These things were not understood at the time the Bible was written and even if they were I doubt the authors would have included them. Biblical authors were writing for other purposes.

Charles Darwin said in the final paragraph of On the Origin of Species, “There is grandeur in this view of life, with its several powers, having been originally breathed into a few forms or into one; and that, whilst this planet has gone cycling on according to the fixed law of gravity, from so simple a beginning endless forms most beautiful and most wonderful have been, and are being, evolved.” I see “grandeur” everywhere I look. I find grandeur in physics, chemistry, and biology. I especially find grandeur in the works and glory of God.

The greatest grandeur I see is in the Gospel of Jesus Christ. There is grandeur in these views of life. As I think of all the people who have ever lived on this earth, children of God, I am grateful for the Plan of Salvation that will elevate these “endless forms most beautiful and most wonderful” to eternal life and salvation. There is grandeur in faith and in our relationship with our Heavenly Father.