The Fall, Part 2: Parable and Paradox 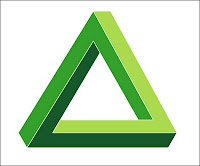 “And in that day Adam blessed God and was filled, and began to prophesy concerning all the families of the earth, saying: Blessed be the name of God, for because of my transgression my eyes are opened, and in this life I shall have joy, and again in the flesh I shall see God. And Eve, his wife, heard all these things and was glad, saying: Were it not for our transgression we never should have had seed, and never should have known good and evil, and the joy of our redemption, and the eternal life which God giveth unto all the obedient. And Adam and Eve blessed the name of God, and they made all things known unto their sons and their daughters.” (Moses 5:10-12)

“O goodness infinite, goodness immense!
That all this good of evil shall produce,
And evil turn to good; more wonderful
Than that which by creation first brought forth
Light out of darkenss! Full of doubt I stand,
Whether I should repent me now of sin
By me done or occasion’d, or rejoyce
Much more, that much more good thereof shall spring,
To God more glory, more good will to Men
From God, and over wrauth grace shall abound.”
-Adam (John Milton’s Paradise Lost) [1]

In my last post I reviewed just a few of the major points in the history of Original Sin. The doctrine of Original Sin is one way to interpret the story, one among many. Here I would like to explore some other ways of looking at the Fall of Adam and Eve. I mentioned that some of the problems with traditional interpretation of the story stem from an overemphasis on a literal understanding. It is common for people of faith to defend strict Biblical literalism and assert that everything in scripture happened just as described and that to suggest that passages are metaphorical or parabolic is demeaning to the scripture. However, as a devout believer I feel that strict Biblical literalism that eschews metaphor, parable, and symbolism misses out on the richness imbedded in the sacred text. Stories can be both literal and metaphorical and the degree to which a story is literal is not especially important. The message hidden in the parable is what impacts us and causes us to stretch our minds and to grow. It is useful in the story of Adam and Eve to place ourselves in their place. The name “Adam” is, in addition to a proper name, a Hebrew word for “mankind”. This says to me that we are meant to understand the story in relation to ourselves.

The simplest way to organize anything is to divide it up into clear, distinct, well-defined categories. This approach has the advantages of being very clean and easy to understand. As an engineer I love clear and concise models, formulas and graphs. The Fall could be seen as all bad: disobedience, sin, death, etc. It could also be seen as all good: knowledge, growth, experience, etc. But the Hebrew Bible was not written in this way. It was not written by mathematicians or logicians. If the Greeks had written the Bible it would have been very different. Hebrew authors often wrote or told stories in such a way that interpretations could be more open, sometimes even paradoxical. The Fall could be viewed as good or bad. Maybe some aspects were good and others were bad. But maybe this is still too organized: some aspects of the Fall could be both good and bad. While this kind of approach is not as clear and much more difficult, it also allows you to play with it, work through it and around it, and to shape it and reshape it in several different ways. Like art, it causes you to step back and think about it and ask questions. I think that one of the major lessons from this story is that life is filled with paradox and that part of maturing and coming to grips with your world is to accept and appreciate the paradox and complexity of your universe.

Paradox in literature is defined as “an anomalous juxtaposition of incongruous ideas for the sake of striking exposition or unexpected insight.” [2] For example, in Mormon doctrine, the Fall was part of God’s plan yet he commanded Adam and Eve not to eat of the fruit of the Tree of Knowledge of Good and Evil. I have seen Sunday School teachers and class members all trying to make sense of this and I think it is a lost cause. I will stick my neck out here and say that this just doesn’t make any sense. I don’t think it’s supposed to make sense—that’s the point. We live in a world of contradictions and opposition—not just in some things—in all things. In The Book of Mormon, Lehi said “For it must needs be, that there is an opposition in all things...” (2 Nephi 2:11) He then listed several things that exist in dual pairs, defined by their opposites. For example, there can be no such thing as good if there is not also evil. If evil were eradicated, good would be a meaningless term. Thus, the quality of “goodness” depends on evil. The same could be said with righteousness and wickedness, life and death, cleanliness and uncleanliness. This understanding of abstract concepts is organized by division of opposites. But at the same time these opposing concepts depend each other for their meaning.

But some things, can be both good and bad depending on a variety of factors. Lehi said of the Fall: “And now, behold, if Adam had not transgressed he would not have fallen, but he would have remained in the garden of Eden. And all things which were created must have remained in the same state in which they were after they were created; and they must have remained forever, and had no end. And they would have had no children; wherefore they would have remained in a state of innocence, having no joy, for they knew no misery; doing no good, for they knew no sin. But behold, all things have been done in the wisdom of him who knoweth all things. Adam fell that men might be; and men are, that they might have joy.” (2 Nephi 2:22-25) If we put ourselves in the place of Adam and Eve we see that we toil, suffer, age and die. Yet from work we progress, from suffering we become compassionate, from age we learn wisdom and the prospect of death makes us value life. From negative things we can find the good.

The latest interpretation I have discovered in this parable is one of maturation. Each person is born into a Garden of Eden. We know neither good nor evil. We don’t have to work. We are not aware of sexuality. We are innocent. But in every aspect of life there comes a time when we have to eat of the Tree of Knowledge. Life has risk and just as a child stumbles when he learns to walk, every new step holds danger and the possibility of harm. Everyone needs to spend time in the Garden of Eden. Sometimes children are pushed out of it too quickly—they have the fruit jammed down their throat. But everyone needs to eat of the fruit eventually and if they don’t they cannot function in this world. We don’t live in the Garden of Eden and we can’t live as if we did.

God was right when he warned Adam and Eve of the danger of the fruit. The fruit of knowledge is dangerous because knowledge is dangerous. But the dangers of knowledge can be resolved with more knowledge, developed knowledge. President Hugh B. Brown, First Counselor to President David O. McKay taught a similar concept about freedom: “One of the most important things in the world is freedom of the mind; from this all other freedoms spring. Such freedom is necessarily dangerous, for one cannot think right without running the risk of thinking wrong, but generally more thinking is the antidote for the evils that spring from wrong thinking.” [3] When a child learns the concept of possession it can initially lead to covetousness and stealing. He has gained knowledge of possession but has not yet learned of rights of ownership, earning and work. More knowledge is required. A teenager matures and is no longer “naked and not ashamed” but aware and has knowledge of sexuality. This can be dangerous without the more mature knowledge of chastity and respect for the body. More knowledge is required.

As we grow, acquire more knowlege and face new dangers we must respond in different ways. The variety of situations we may come accross will require more methods than a simple, one-dimensional personality will allow. Every person has within them an Adam and Eve. Adam is our obedient, conforming, safe side. Eve is our curious, adventurous, risk-taking side. We need both sides to function in our lives. We need to be conservative and have a base where we set limits and boundaries. But we also need to recognize the times when limits are too small and break through barriers and expand. We need both parts in our psyche.

These are just a few ways to look at the parable and we can think about it and discuss it endlessly to pull out new and pertinent applications. This story is repeated in a few different places in the LDS scriptures and I think there is a reason for that. We are supposed to be learning from this parable and we can learn something new every time we approach it depending on our needs, our interests or what we are looking for. My next post will treat the Fall in relation to the Atonement and the Grace of Christ.