What Is Our Message? 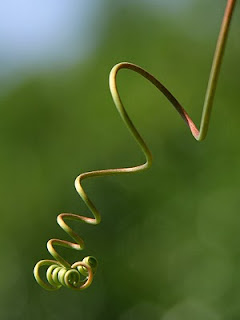 Has anyone ever asked you point blank “what do you believe”? It can be a very halting question. One reason for this is that it is so personal. When people ask me “what do Mormon’s believe?” there is at least a degree of separation. I find that sometimes people are more comfortable talking about what their church believes and what they were raised to believe. But when you are the center of attention and asked what you believe that can be a little scary. It is important to look within and know how to answer: “be ready always to give an answer to every man that asketh you a reason of the hope that is in you” (1 Peter 3:15).

What does it actually mean to believe? A modern definition of the word is “to have confidence in the truth, the existence, or the reliability of something, although without absolute proof that one is right in doing so.” This is an acceptable definition though I don’t find it satisfactory. The reason I don’t find it satisfying is because it doesn’t really describe my personal experience with belief. Is my belief a confidence in truth? Sure, but is that it? No, I feel there is more to it than that. The English verb “believe” was translated in the Bible from the Hebrew “munah” and the Greek “pistuo”. These Hebrew and Greek words mean something more than the modern English definition. But before the sixteenth century the verb “believe” had a slightly different meaning which more closely matched the Hebrew and Greek concepts.

“Modern German usage of ‘belieben’ still means ‘to cherish’, or ‘to hold dear,’ and the modern German term for faith (Glaube) can be traced back to common roots with a family of Old English words ‘leof’, ‘liof’ (dear, beloved) that formed the verb ‘geleofan’, ‘gelafen’, ‘geliefen’, ‘to hold dear, to love, to consider valuable or lovely’; this parallels the Old High German ‘gilouban’, which has the same meanings. This word developed into ‘glauben’ (to have faith).” [1]

The original meaning of our verb “believe” might be better stated “belove”. Your belief is what you value. The Hebrew and Greek concepts of faith and belief were not of confidence in the truth of God’s existence, that was taken as a given. Rather faith or belief in God is a dedication to God. That Latin word “credo” translated “I believe” can be broken down into two components: first, “cor” or “cordia” meaning “heart”; second, “do” meaning “put, place, set” also “give”. So in Latin, saying “I believe...” is another way of saying “I set more heart upon...”

What do I believe? I believe in atonement with God. This is the best way I can express in English the core of my belief. This requires some explanation as well. To “atone” is usually understood to mean “to make amends”, but this is not a satisfactory definition. You can make amends for damage you cause to someone’s car in an accident and never enter into a relationship with that person. You may not even like that person. That is not atonement. To atone is to make “at one”. It is a neologism created by William Tyndale, but it was a brilliant creation. Atonement is a complete reconciliation, unification of heart, mind, and will.

I understand the whole of the Gospel of Jesus Christ through the Atonement of Jesus Christ. In the Book of Mormon when Christ came to the Nephites and Lamanites he gave a sort of definition of his gospel: “this is the gospel which I have given unto you—that I came into the world to do the will of my Father, because my Father sent me. And my Father sent me that I might be lifted up upon the cross; and after that I had been lifted up upon the cross, that I might draw all men unto me, that as I have been lifted up by men even so should men be lifted up by the Father, to stand before me, to be judged of their works, whether they be good or whether they be evil—And for this cause have I been lifted up; therefore, according to the power of the Father I will draw all men unto me, that they may be judged according to their works... Now this is the commandment: Repent, all ye ends of the earth, and come unto me and be baptized in my name, that ye may be sanctified by the reception of the Holy Ghost, that ye may stand spotless before me at the last day. Verily, verily, I say unto you, this is my gospel...” (3 Nephi 27:13-21) Notice here how Christ says that he draw all men unto him and invites all to come unto him. There is an effort on both ends to be brought into unity, atonement. “Draw near unto me and I will draw near unto you; seek me diligently and ye shall find me; ask, and ye shall receive; knock, and it shall be opened unto you.” (Doctrine and Covenants 88:63)

When in mortality Jesus taught his disciples that they should “abide” in him. “I am the true vine, and my Father is the husbandman... Abide in me, and I in you. As the branch cannot bear fruit of itself, except it abide in the vine; no more can ye, except ye abide in me. I am the vine, ye are the branches: He that abideth in me, and I in him, the same bringeth forth much fruit: for without me ye can do nothing. If a man abide not in me, he is cast forth as a branch, and is withered; and men gather them, and cast them into the fire, and they are burned. If ye abide in me, and my words abide in you, ye shall ask what ye will, and it shall be done unto you.” (John 15:1-7) I love this image and find it to be one of the most moving explanations of unity and atonement in all scripture. Jesus here describes an intimate and organic connection of two living entities actually existing and living as one organism. When we are brought into unity with Christ we are able to bring forth good fruit because we are part of him. Alma described this unity in a way that our very image and appearance is transformed to reflect the image of Christ (Alma 5:14,19).

This transformation must be very powerful because as mortal beings we are much different than divine beings now. We know we are of the same kind as God, even after the same image. But there is still a great difference. After, Moses saw God in the mountain he was left to his own strength and was completely famished. He reflected within himself saying, “Now, for this cause I know that man is nothing, which thing I never had supposed.” (Moses 1:10) Yet, a little while later he was shown a glorious vision of the universe and the history of this world and asked for what purpose they were created. God responded saying “this is my work and my glory—to bring to pass the immortality and eternal life of man.” (Moses 1:39) Just after learning of the nothingness of man, it was revealed to him that the plan of God was to grant man immortality and eternal life—to transform this mortal man that can hardly withstand the presence of God into a new creature like unto God himself.

The essential question to ask is the same question Enos had: “how is it done?” (Enos 1:7) The answer is the same as it was for him—through faith in Jesus Christ (Enos 1:8). “...Therefore if any man be in Christ, he is a new creature: old things are passed away; behold, all things are become new. And all things are of God, who hath reconciled us to himself by Jesus Christ, and hath given to us the ministry of reconciliation; To wit, that God was in Christ, reconciling the world unto himself...” (2 Corinthians 5:17-19)