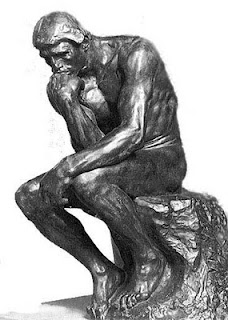 With respect to religion there are three classes of people; the religious rationalizers, the irreligious rationalizers and the religiously inquisitive. The first class may think about religion from the outside to defend it; the second class may think about it from the outside to destroy it. But only the third class thinks about it from the inside with a view of discovering precisely what may be the good of it.

Henry Nelson
Wieman
The Wrestle of Religion with Truth
p. 35

I first read this quoted by Hugh B. Brown and found it very inspiring. How can a person discover faith without immersion into it, thinking about it and letting it affect the most personal regions of the soul? Religious discussion doesn’t always reach its potential. Sometimes discussion about religion is downright hostile. So much effort can be spent in the finest points of doctrine and sectarian views that the essence is lost in the process. A true exploration in faith must be more expansive.

Thy mind, O man! if thou wilt lead a soul unto salvation, must stretch as high
as the utmost heavens, and search into and contemplate the darkest abyss, and
the broad expanse of eternity—thou must commune with God.” (Joseph Smith,
History of the Church, ed. B. H. Roberts, 3:295.)

This kind of contemplation is of Henry Wieman’s third class. This is thinking “from the inside with a view of discovering”. Joseph Smith is a good person to articulate it so well. He could hardly be accused of treating his faith lightly. He wrote these words from a subterranean cell in Liberty Jail. His faith was all that could sustain him as he was imprisoned in a cold, dark, filthy pit as his people were driven from Missouri, murdered, raped, and pillaged of all they possessed. His detractors may have balked at his claim as a prophet. But to be sure he started asking questions where others stopped and didn’t dare venture. He penetrated the pavilion obscuring the unknown with eager inquiry.

The third view of religion is distinctive because it is the only view which explores faith from the inside. The first two classes, the religious rationalizers and the irreligious rationalizers, though opposed in purpose share an important attribute – both stand outside faith like a swimmer who doesn’t want to get wet. Religious studies and theology, for all their merits, lack significance until faith is explored from inside and allowed to saturate the deepest crevices of the soul.
Posted by Todd at 5:57 PM